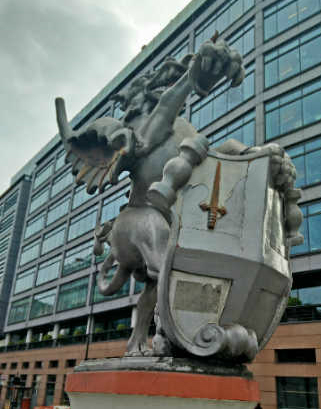 Lessons from behind the therapy doors

With the fifth year of reduced bonuses and redundancies, banking sector employees continue to be asked to do more for less, whilst being placed under more regulatory scrutiny and pressure than ever before. As organisational consultants and clinical psychologists specialising in the banking sector, we work with City of London executives on a daily basis. This places us in a unique position to hear what cannot be spoken; and what we’re increasingly witnessing is a picture of mass disengagement in the face of increased regulatory pressure that has given rise to unhealthy dynamics at play between compliance departments and the workforce.

According to Gallup’s seminal 142-country study, actively disengaged employees outnumber engaged employees by nearly 2 – 1. The study suggests that 63% of employees are ‘not engaged’, meaning they are less likely to invest effort into organisational goals or outcomes. A more recent 2014 study similarly found that the majority (51%) of employees were ‘not engaged’. More and more companies are attempting to measure engagement in a bid to improve efficiencies, but their success in acting on elaborately designed surveys has been somewhat limited. We propose that energy spent measuring engagement comes at the expense of any real engagement with the problem, serving to further obfuscate understanding, limiting the impact of interventions and risking the rise of further employee cynicism and disengagement.

In order to fully understand the systemic quality of disengagement and its origins it is necessary to apply a different lens to the problem.

Having recovered from the shock of the financial crash there appears to be both a rational and irrational drive to the increasing intensity of regulatory scrutiny that the financial sector and their employees are facing. From a rational perspective, arguably lessons from the past ought to be learned, and some firewalls need to be built – but this needs to be done thoughtfully, and action should not be mistaken for thinking.

A manic flight from thinking and feeling in favour of action is something we can often see in anxious individuals and groups. Fight or flight dynamics mean we can get caught up in the ‘doing’ as a means of escaping difficult thoughts and feelings involved in ‘being’. As we begin to enter financial recovery I think we need to be mindful of some of the more irrational impulses behind the regulatory agenda in order that we avoid victimising financial sector employees.

Understanding the Unconscious – a need to demonize bankers

In my practice I am constantly aware of the burden that bankers bring with them as they step into my office. There seems to be an underlying expectation that they will not be met with empathy, and a feeling that, in some sense, their feelings of guilt somehow render them unworthy of help. The level to which bankers have been demonized within both the media and politics has been unprecedented. The extent of this vitriol started to get me thinking about the function of finding ‘baddies’ in a crisis. Much the same way children have a need for fairy tales with ‘goodies’ and ‘baddies’, so too does society. When a group of people become anxious, irrational forces come into play and a regression to the a more childlike state can occur. In anxious states, both group and individual thinking tends to become binary and things are seen in terms of ‘good and bad’, ‘black and white’, ‘me, not me’. It is my assertion that some of the this irrationality is likely to have unconsciously shaped the content and process of regulation as we shall see.

Whilst it may help society’s anxiety to locate the blame for the financial crash within the banking system, I believe that this is done at society’s own expense, as they turn away from knowledge of their own greed and recklessness. Bear with me here. If you stop to ponder what the original function of a bank is at its most basic one of its most important roles is to keep people’s money safe. Safe from what one might ask. Well, presumably safe from some of the more base instincts of society, such as theft. In other words, one of the unconscious tasks of banks was to protect the public from their own greed and thieving impulses. So, as well as the more obvious conscious fears of a collapse of a number of banks for society, it is helpful to be cognisant of a deeper rooted fear – the fear that individuals within society would be exposed to the greed and corruption of their fellow men and women. If you imagine that we all kept our money under our beds, the issue of trust and security takes on a greater sense of urgency. In an attempt to ignore the unconscious knowledge that we as a society cannot be trusted, it is my belief that society regressed into a childlike state where scapegoating bankers has acted as a means of maintaining a more ‘pure’ and safe society in society’s mind – we are ‘good’, they are ‘bad’.

So the need to further regulate the financial sector may stem from both a rational need to learn lessons, as well as an irrational need to promote the purity of society by controlling and punishing the ‘bad’ banks. In a sense, if society can locate all that is bad in society back into the vaults of the banks, then these destructive impulses can be controlled and regulated at a safe distance, allowing society to re-engage in the short-termism and greed that got us all into this trouble in the first place, discarding the need for each and every one of us to be held to account for our own actions.

The story doesn’t unfortunately end there. What this leads to are a series of casualties that enter through my door every day – victims of steroid induced in-house compliance departments set up by banks to trawl through its employee’s business activities over the past several years in order to see if any fall short of regulation that has only recently been drawn up. From what I can understand, the compliance departments appear to be acting as an organisational firewall, sending out incomprehensible emails advising its employees of a number of newly developed complex legal initiatives, and in doing so, their function is to help relocate the ‘baddies’ from a company level to an individual rogue employee level.

Such an organisational sidestep, where emails, investigations and written warnings occur at the expense of any real engagement and thinking, is likely to lead to an overly anxious workforce where a lack of trust, cohesiveness and employee engagement impacts directly on the organisation’s bottom line. Systemic disengagement sees that the buck, gets passed from society to the banks, and from the banks to their individual employers, who are tried behind closed doors and labelled ‘rogue’. Often, the outcome of the investigations result in written warnings, leaving employees to return to the workforce unable to speak of their experiences owing to shame, spreading fear and further disengagement throughout their departments. Such an activity is hardly the picture of organisational learning. One can only speculate on how this dynamic impacts on the task of making money through calculated risk.