What is Anxiety and how does it end up out of control? 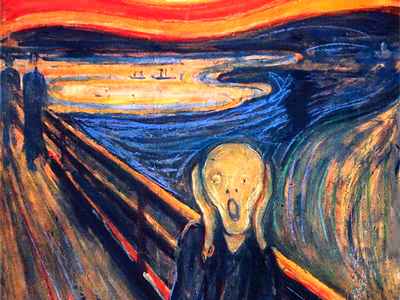 Repeated findings suggest that anxiety affects as many as one in five of us (YouGov 2014), with Londoners exhibiting some of the highest prevalence rates both in the UK and globally. We all feel anxious at times, and anxiety can be helpful in driving our behaviour – it can motivate us to prepare a presentation or a sales pitch for example. Difficulties can occur when we either become too anxious, or when we are exposed to anxiety for too long.

To find out whether stress or anxiety is a problem for you take our free online test, which you can find on our Homepage.

The Biology of Anxiety 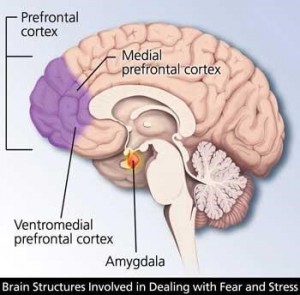 In order to fully understand anxiety, it is helpful to take a brief look at the neurological substrates involved. From an evolutionary perspective, different parts of our brains have developed at different stages of our journey. The most basic part of the brain is located in the brain stem at the base of our brains, which connects our brains to the spinal cord. This is the part responsible for basic functions such as digestion, sleep, breathing and thermoregulation – this all happens beneath consciousness, so we don’t have to ‘think’ about breathing.

Positioned around the brain stem is the more evolutionarily advanced limbic  system, which contains two almond shaped structures known as the amygdala. The  amygdala is involved in memory, decision making and emotional processes. Needs  attached to basic survival, including sex and emotions such as anger and fear are  included in its function. The amygdala is involved in basic learning – the kind you use to  train dogs. When they sit you give them a biscuit, and the amygdala learns that biscuits  and sitting are paired. In days gone by, the ability to pair memories with emotions was an  important aspect of survival. Imagine that you were a child and you were out walking with  your family in the forest when a group of monkeys began chattering and a tiger suddenly  launched an attack… the experience will literally be seared into your brain.

So the next  time you hear chattering monkeys, even long after the event, your amygdala will make  associations in an instant and fire up the fight or flight response:

You can see how such violently quick reactions could be life-saving under life threatening conditions. Long term exposure to such levels of anxiety can alter the brains chemistry, reducing the threshold to such responses. The consequences can vary among people, but include:

Psychological effects can include:

In an emergency situation, these triggered automatic responses short circuit our capacity to reflect on our behaviour for good reason. Imagine you are about to be run over by a car, it really wouldn’t pay to be thinking about the concept of death – you just get out of the way! The problem is that we are walking around in the 21st Century sporting some pretty dated hardware! Whilst our lives may be more stressful in many ways, we are not faced with the same life or death scenarios that we once were. What this means is that we are built to respond in ways that do not fit the way we live. Our working lives simply don’t entail such actual, physical threat levels – but someone forgot to tell our brains!

The good news is that we have evolved yet further, and our brains come with a newly adapted bit of kit, something that separates us from the herd. Quite literally speaking, this is the part of us that makes us different from the animal kingdom – a part that opens up a completely different approach to learning that involves insight. 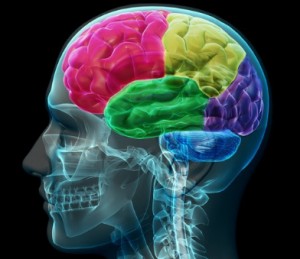 At the front of our heads, above our eyes are the frontal lobes. The frontal lobes are the parts of our brains that can think about thinking. So instead of simply killing an animal, say, when we’re hungry, we might decide to farm it. It is the executive function, the conductor to the orchestral brain. It’s the part that plans, thinks of consequences, adapts strategies in the light of memories… and most importantly manages emotional impulses in socially appropriate ways. So instead of telling your boss to bugger off, you engage your frontal lobes, understand that, whilst this may prove satisfying, the long term consequences might outweigh any short term gain, hopefully leading you towards the adoption of a more useful strategy.

Frontal lobes can often be hijacked by the amygdala, which tends to over-respond to insignificant, non-life threatening events. It’s one thing for decision making and thinking capacities to be short-circuited in the face of an oncoming car, quite another for it to shut down thinking in the face of important strategic decisions, sales pitches or trades! So where’s the good news I hear you ask? Well, whilst the frontal lobes are quite often short circuited by the amygdala, there are evidenced based, scientific approaches that have been shown to visibly shrink the amygdala and thicken the frontal lobes. Approaches that can help you to maintain your crucial ability think and make wise decisions in the face of city pressures. Look out for our next post, where we will share information about the ground-breaking technique of mindfulness, which research shows reduces the reactivity of the amygdala and increases activity in areas of the prefrontal cortex that regulate emotions, and reduce stress. Check out our Resources page for Mindfulness exercises.