When was the last time you championed failure? 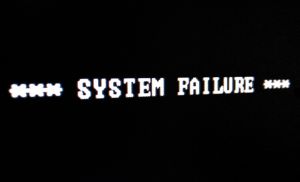 As a clinical psychologist and organisational consultant working with City execs, I am increasingly aware of the shame attached to conversations around issues of failure. For these high achievers the very notion of failure becomes a thing to be avoided at any cost. So threatening is failure that it becomes hidden from bosses, colleagues, families and, most of all, hidden from themselves. It is quite literally cast out of their minds – the energy placed into this is quite staggering as anxious top performers engage in the frantic activity of avoiding failure and, further still, attempt to avoid the very thought of failure.

In order to understand why this happens and the true cost of the fear of failure I need to take you on a human journey.

In many ways the very first failure we endure in life occurs during the birthing process; a time when we are pushed out of the warm safe environment of the womb, where our nutritional needs are met and body temperatures are regulated, and into the wide world. In these early moments the assault on our senses cannot be underestimated as our lungs are forced to breathe in oxygen for themselves for the first time, and as our skin negotiates a new boundary. The experience places the newly born in an environment that both threatens to destroy it and presents opportunities for its development in equal measure.

It is precisely this dynamic that I want to explore with you – this dynamic tension that offers both catastrophic failure and the opportunity for unrivaled development. The story of human development teaches us an important relationship between peak learning and peak failure. If you have ever watched a baby blow bubbles and listened to them gurgling various noises, you may well have experienced (or witnessed someone who did) an equally unarticulated thrill. If that feeling were to be put into words it might speak of the excitement of a much anticipated first word. Similarly we watch with pride as an infant begins to crawl, or wobbles to their first step. We don’t see the process as a million failures that lead to a moment of success I suspect; however in essence that’s exactly what it is.

The infant is quite literally failing (in order) to learn. What makes this failure bearable is the championing the infant receives through its efforts, as well as the infant’s own feedback loop that allows it to continue to explore and experiment on its previous attempts in a ‘present-moment’ manner – free from judgments and internal dialogue that criticize its every effort. Whilst championing is an essential part of the learning process, so to is its inevitable failure. For the most part, a caregiver’s ability to remain attuned to their infant’s needs helps the infant internalise a positive sense of self that eventually leads to positive self-talk. However the inevitable small failures to attune by the caregiver create an opportunity for the infant. In the space between experiencing a need (e.g. hunger) and having their needs met, say for breast milk, the infant learns to manage this seeming life threatening experience by developing what we call imagination. The ability to imagine a good feed holds the baby, containing its anxieties for a few moments before the feed is offered. If anxieties are managed, failure becomes a vital part of the creative process.

I hope it is apparent that energy and time spent avoiding real or imagined failure seriously undermines our ability to respond ‘mindfully’ to the task of tuning into our environmental opportunities for development and growth. So what happens to us as individuals that creates a dynamic where our attempts to avoid failure end up meaning that we inevitably fail to learn? And how, given that organisations consist of individual people, does this express itself in organisational life? 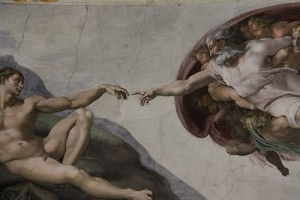 In my mind it is something akin to a Garden of Eden moment (expulsion from another womb of sorts), along with its resultant shame. As we move from childhood to adolescence and into adulthood we transition through metaphorical wombs that create discomfort as well as the opportunity to grow. The costs of failure to our sense of self-esteem however seem to increase as we are educated and indoctrinated into idealising and fetishizing success. The success narrative is pervasive – think about the millions of dollars spent on test screening movies – movies with a happy end sell! History doesn’t teach us that Einstein didn’t speak until he was four and read until he was seven years old, that Bill Gates flunked Harvard or that Michelangelo spent several years in obscurity before he took on and succeeded in a giant project doomed to failure – the Sistine Chapel. These success narratives become internalised and perpetuate a sense of shame and inadequacy, so we find ourselves chastising ourselves when we fail, desperately trying to hide the knowledge from ourselves and others in order to perpetuate an image of success.

Much the same way individuals are often forced to cast thoughts and experiences of failure out before the learning marrow has been sucked from the experiences, organisations disavow failure through scapegoating and dismissals. The problem with this strategy is that organisations, through their fear of failure, fail to learn, forcing themselves to repeat the same failings over and over again – failings that operate deep within the organisation’s subconscious. At AnxietyDoctors.co.uk we specialise in developing psychological ecosystems that create safe spaces and championing environments, where anxieties can be managed and failure and a culture of fear can be mined for the opportunities they provide for growth, creativity and development.

We would love you to share your failures with us in the comments box – pay attention to any feelings that arise as a part of this process. Consider it an experiment to illustrate how resistant we are to sharing stories of failure!!!