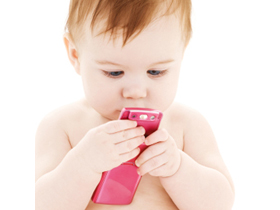 You’re waiting for a meeting to start, or you‘re at a drinks gathering and you’ve no one lined up to talk to. You look around and everybody is conversing away… and that’s when you quickly take a look at your phone. Before you’ve even unlocked your phone you know that no one’s messaged or tried to call you, and you don’t have anyone particularly in mind to contact either. You just automatically check it…

Life is made up of a hell of a lot of these semi-automated/unconscious actions – spending time exploring less conscious aspects of your behaviour may be the antidote you need to prevent yourself slipping into the world of the automaton.

So, what is it that sees you reaching for your phone when you’re in the company of others? Well, if you happen to have a spare minute before a meeting starts, or there is a gap in the conversation, sit back and follow me on my quest to understand the psychological workings of this strange, largely automated phenomenon. In my attempts to elucidate I will bring to bear psychoanalytic concepts designed to unearth the drives that render this behaviour more or less automatic – leading you gently through my thoughts I will have you standing on your seats proclaiming that:

mobile phones have come to represent the technopsychological manifestations of a wet nurse!

In keeping with psychoanalytic tradition, we are going to have to go back to childhood for some answers. As we lie back on our theoretical couch, I invite you

to share in a recent observation. I wonder how many of you have found yourselves at a children’s playground relatively recently. Well, I happened to do so armed with a couple of energetic nieces last weekend. What I began to notice was that running around like a gorilla and chasing my nieces loudly was marking me out as ‘weird’. All the other adults were standing or sitting, hanging from an invisible thread that seemed to suspend them in a semiotic cocoon of technology. Encircling the frantic screams of energy of the playground’s children were several adults glued to their phones in varying catatonic states.

This is not meant to be a moral judgement, but I wonder, if you happen to next pass a playground, whether you will observe a similar dynamic in process. I must admit that, since I have started to notice this, I have begun to see this everywhere. I recall being at a drinks party when a mother, looking away from her phone for a second, told me that her child is a little terror, and that he hits her in the face. She then continued to text whilst her baby glared up at her, desperate to make contact as he experienced what I could only imagine as a mixture of despair and rage.

We only truly exist in the gaze of another, when brains link to become minds. This little fella seemed to be struggling to hold his own existence in mind, frozen and staring at his mother in a desperate attempt to hold the pieces together.

As a psychologist, I can’t help but wonder how this repeated dynamic might developmentally shape interactions both between humans, and between humans and technology. Basic psychology 101 states that the infant learns to survive and manage its emotional experiences through their caregiver’s interactions with them. They cry, the carer picks them up, checks the nappy, pats their back, feeds them… until the distressing crying (for both adult and child) abates. In this process the infant learns that their needs can be met through the communication of emotions, and that these emotions can be understood, and are not something to be feared. The process requires the caregiver to be emotionally attuned and involved in the sense building process. At a fundamental level I don’t think I need to labour the extent to which a mobile phone might impact on this process of attunement.

As the child grows, and with attuned parenting, their ability to express their needs increases exponentially as they become confident communicators. The ones that don’t tend to withdraw and become quiet, or express themselves in a more frantic frenzied manner… How many times have you seen an adult hand over their £600 phone to a screaming child? Barely breaking from their conversation with their friend or partner? I want to share some theory now in order to help you see how the introduction of a mobile phone might impact on a child’s developmental trajectory.

Some deep thinking psychoanalysts believe that an infant goes through a number of developmental stages. The first stage occurs where the infant imagines that their primary carer (I’m going to call them mother) is the sole creation of their own mind. In this way the baby manages the anxiety of existing and relying so completely on someone else. This defence of omnipotence serves to lead them to imagine that they are in control of their own care.

As they develop, they begin to learn to tolerate the realisation that they and their mother are separate. This gives rise to an amount of anxiety, which, with the

mother’s help and watchful eye, can be contained in a step by step manner, in a way that does not threaten to overwhelm the baby’s ability to comprehend this new reality. When the baby needs something they can rely on their mother to help, fail and help.

The next step in the process occurs through what is commonly coined the Oedipus complex. The child becomes aware that their mother is both separate from them, and that she enjoys a separate relationship with her husband (again, for arguments sake). This gives rise to a great deal of anger, sadness and grief at the loss. Its successful negotiation requires the father to remain strong but loving in the face of the child’s angry protests. In doing so, the infant is able to slowly move through this phase, and anxiety paves the way for the child to develop a capacity for guilt, remorse and a concern for the wellbeing of others. It is at this point of awareness that the infant is able to observe a relationship between their mother and father, and in so doing, develops a capacity to imagine his/her own relationships from an outside perspective.

It is within this framework that I invite you to consider some of the possible developmental sequelae associated with the introduction of the mobile phone. Having received very little in the way of attunement, the child relies on a very unsophisticated means of communication to get their needs met – aka loud and uncontrollable screams. The parent, whom we have already described as preoccupied, offers the child their phone as it seems to be the only thing that works.

The child’s capacity for socioemotional development is limited to what the latest in mobile tech can provide – and this usually doesn’t extend to developing their ability to recognise social cues, such as whether a person is interested or bored, angry or afraid.

The Oedipal dynamic is sidestepped as the child hides from anxiety, immersing themselves in technology, limiting their capacity to see themselves from the outside, or to imagine others from the inside. Self-awareness and empathy, as well as the ability to reflect on their interactions with others remains limited. Fast forward a few years and we might find someone who is constantly reaching for their phone, their grown-up invisible friend, as a means of moderating social anxiety. And when left out of conversations, adults may well unconsciously regress to Oedipal times, when they buried the anxiety of being left out of their parent’s relationship in the technology of a phone, trying hard to avoid overwhelming feelings that they have not learned to process.